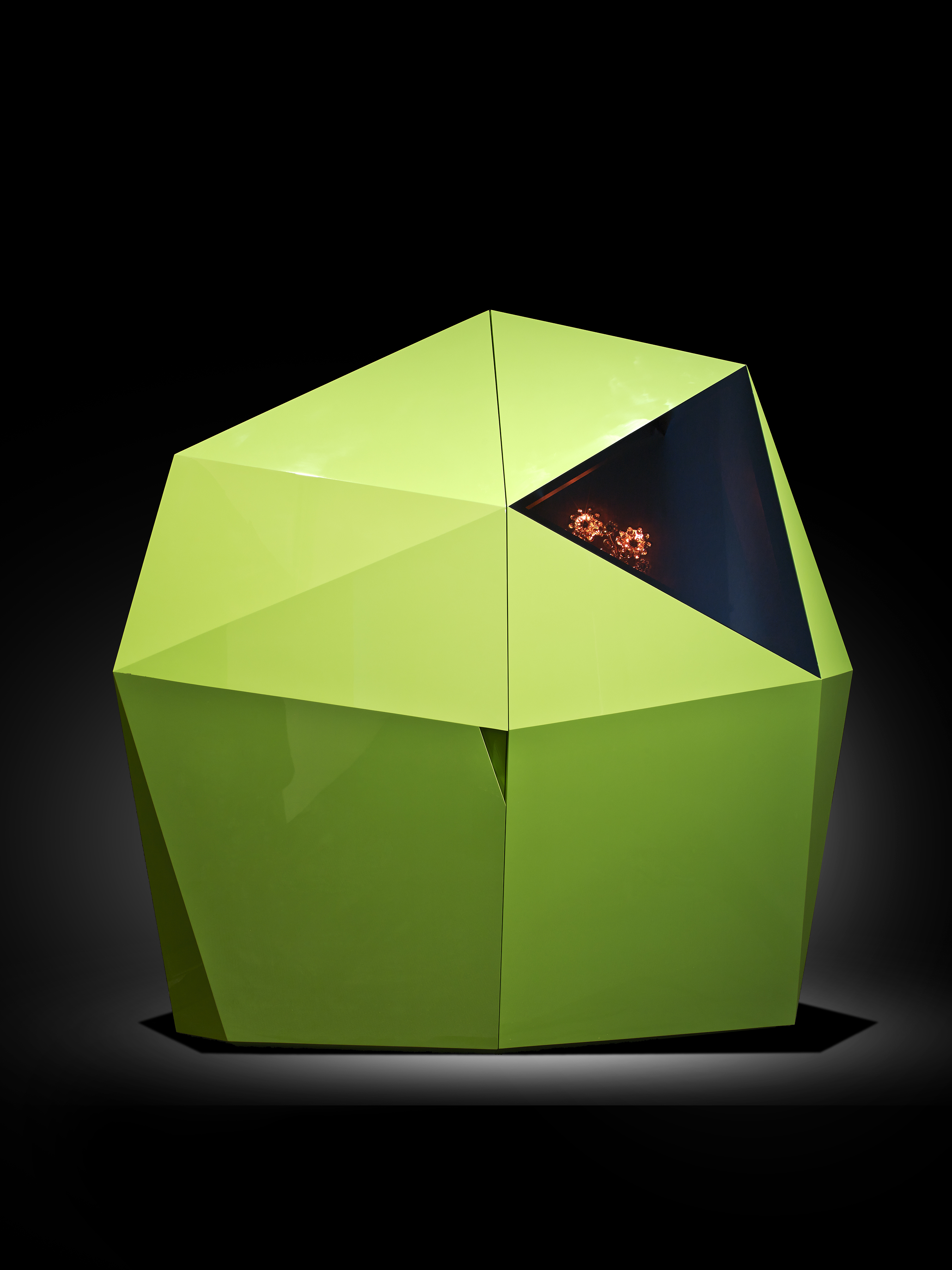 For Stone Fox Architects' debut blog, we explore the inspiration and genesis of Chris and David's particularly special creation… namely, the Whisper Raum. Donated to the December 2013 Winter Auction benefitting the Aspen Art Museum (AAM), Whisper Raum is a free-standing, six-foot-tall object d'art. Designed to accommodate two seated adults, the almost-emerald green, multi-angled volume is hinged along one side to permit entry and exit via a handsome, handcrafted leather strap.

Here is their discussion:

Q: What was your inspiration for Whisper Raum?

Chris: In a world where everything is being watched and monitored, how do we get away from it all, even if only for a moment? I wanted to create that space.

David: I see the Whisper Raum as a place for telling a story, perhaps a secret. It was to be a private retreat, offering a way of disconnecting from the surroundings.

Q: Where does the name for this piece come from?

David: "Raum" is the German word for space. I was in Germany for a while, attended the University of Stuttgart, and worked as an intern for HOK. I wanted our creation to have an air of curiosity, even a bit of
mystery. So Whisper Raum is a play and contrast of both familiar and unknown words.

Chris: "Whisper" seemed obvious from the start, as it's an enclosed space, one where you enter to have an offline, quiet conversation. I wanted people to think about how they might use such a place. 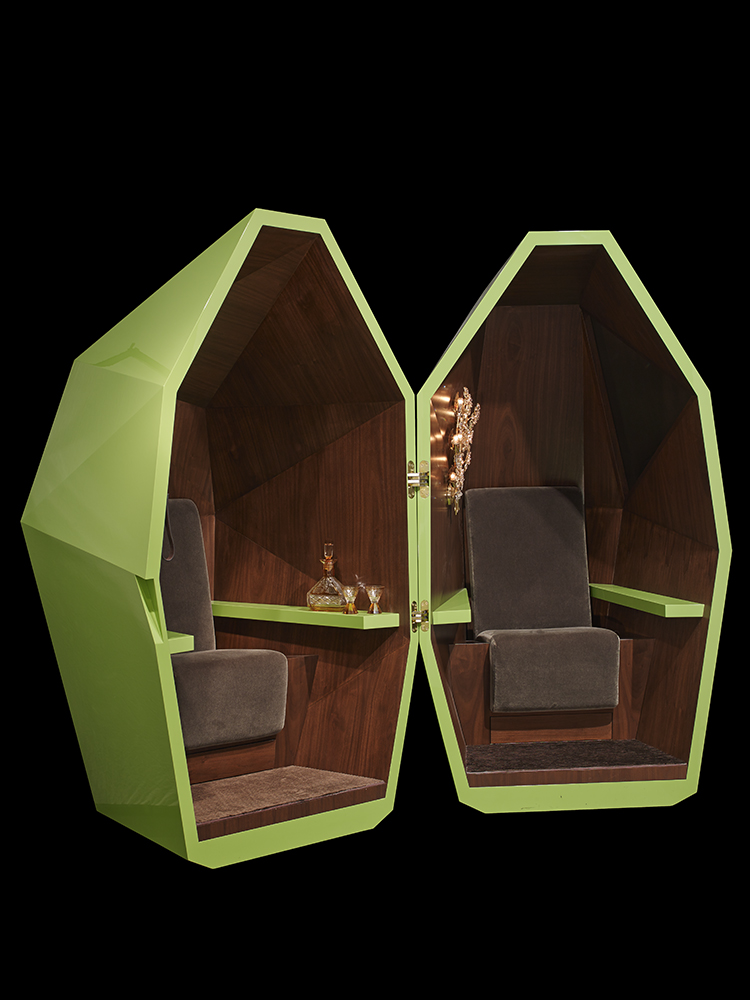 Q: You mentioned a recent trip to London, specifically visiting the Sir John Soane Museum and about seeing – entirely by chance – the remarkable Cheapside Hoard. How did the museum and the jewels affect
you?

Chris: Sir John Soane wore many hats in his lifetime as an architect, designer, and art collector. The result is evident in the museum; his three town homes all combined where one can walk through a large
opening only to end up in a very small, very intimate space filled with fascinating details. I liked that sense of intrigue, delight and playfulness.

David: On that same trip, we happened upon the Cheapside Hoard Exhibition at the Museum of London, which included a giant emerald with a carved-out space where a watch was inserted. This emerald contained the unexpected. And that's what we wanted Whisper Raum to be and do: to fascinate and to surprise. To see the Hoard, one often had to use a magnifying glass and in doing so one could witness an other-worldly detachment. All of these elements came together for the Whisper Raum. 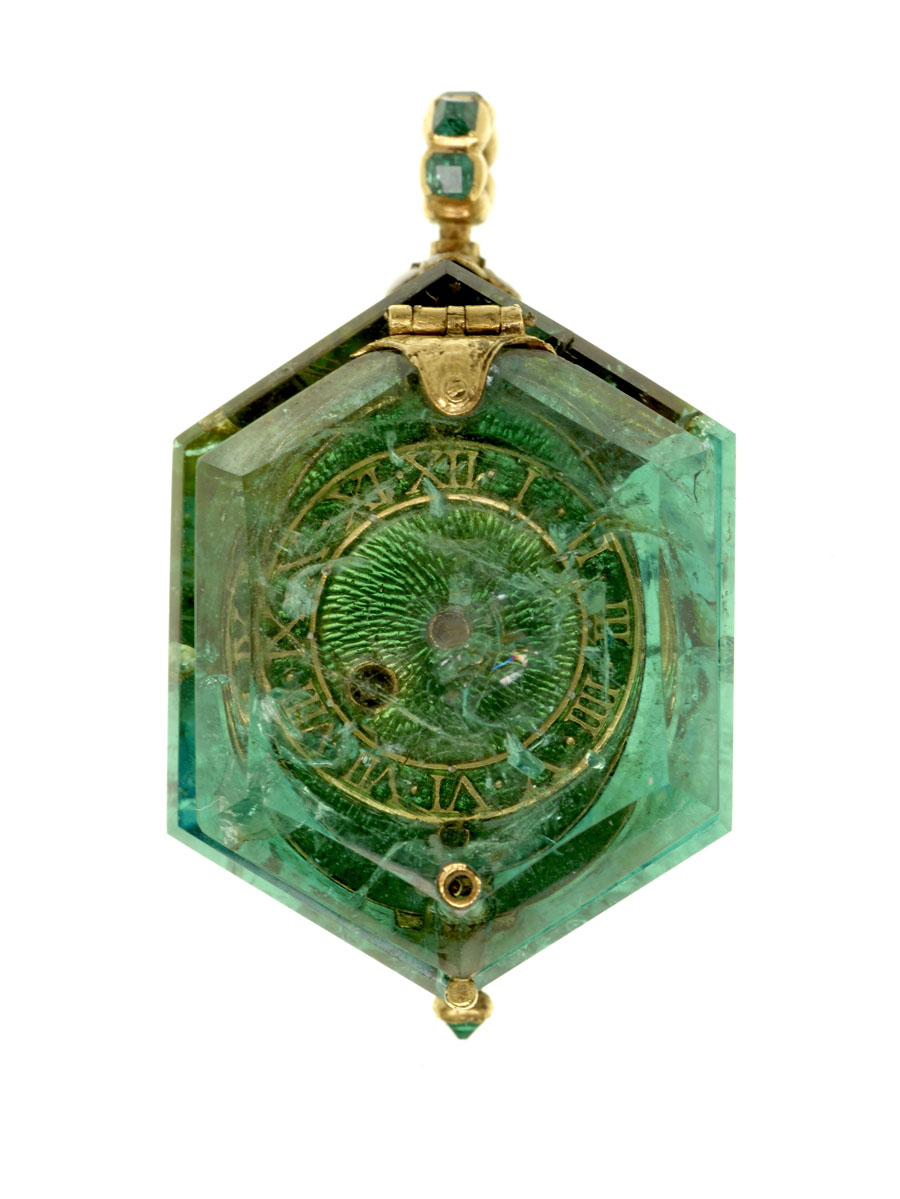 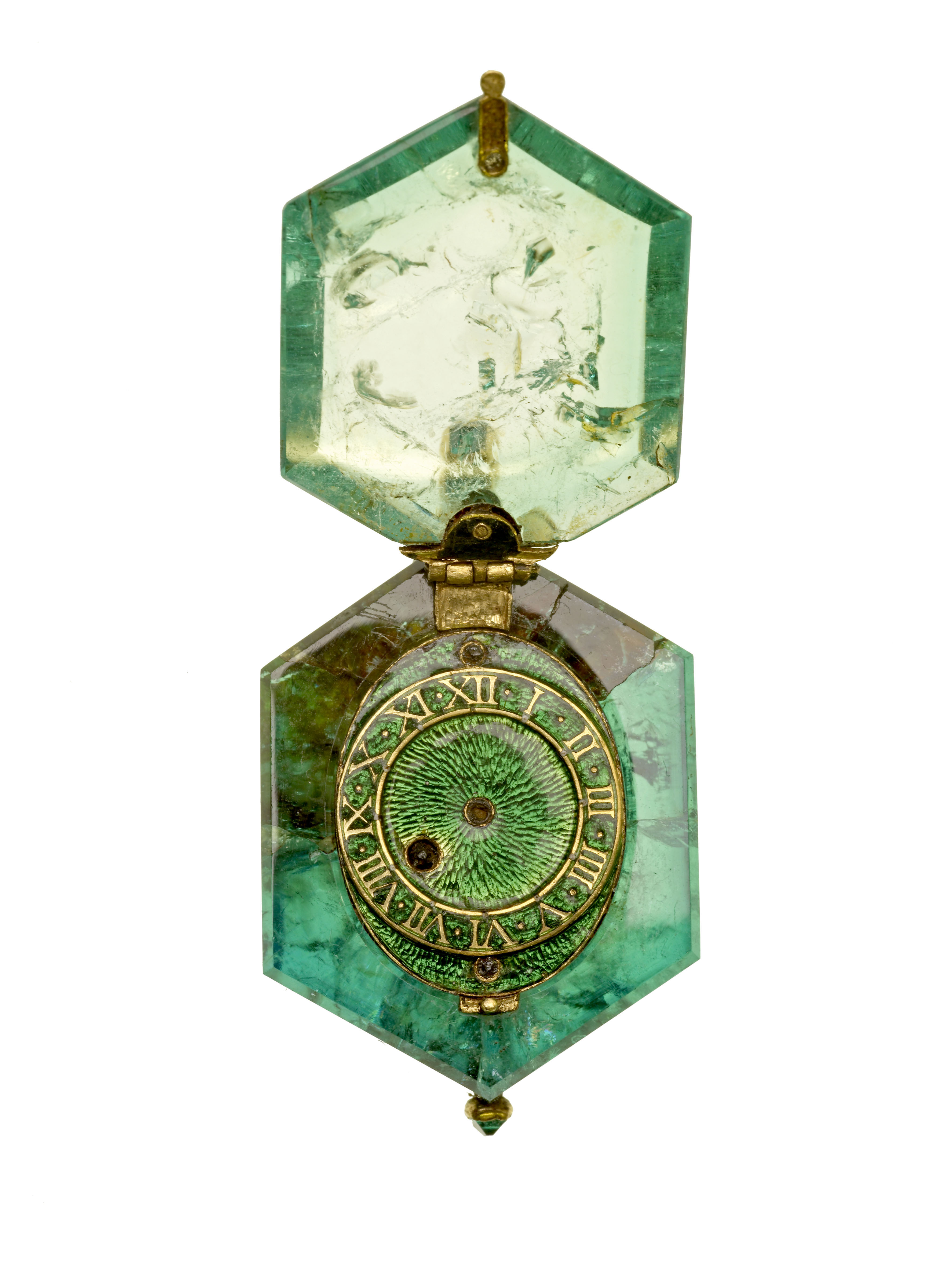 Q: Clearly, this was custom-fabrication. What went into making the Whisper Raum?

David: We turned to Aucapina Cabinets, an oldschool crafting shop in Queens run by three brothers from Ecuador, whom we've used before on very special projects. They have a 10,000 square-foot facility with a staff of 30 and do the best-quality work. It took six weeks. 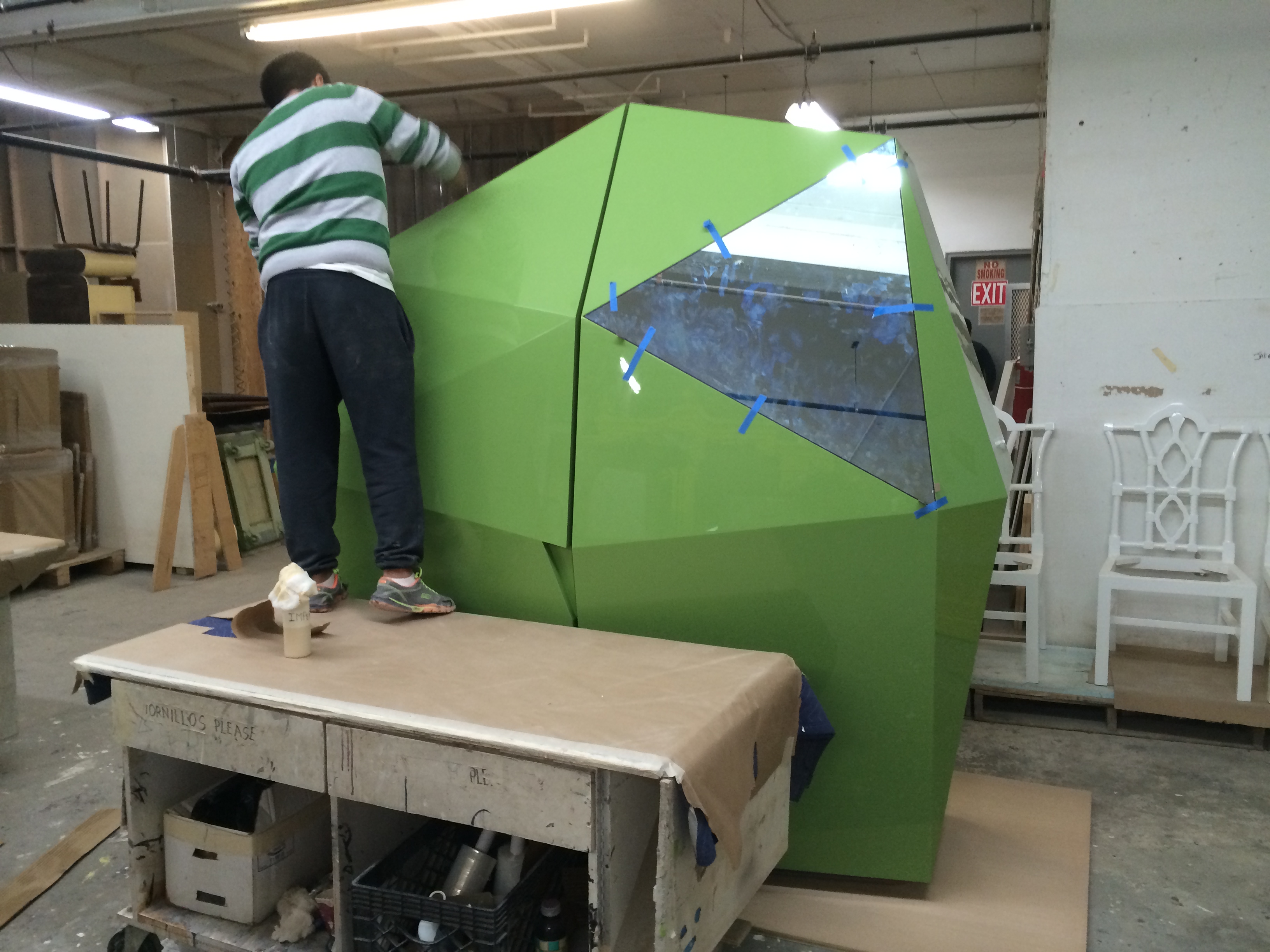 Chris: We had to figure out how it would be built, materially. To create that contrast and surprise we spoke of earlier, we wanted the exterior to be high gloss, while the interior would be plush and seductive. The shell is made of quarter-inch MDF covered in many layers of hand-finished lacquer. You'll notice the green is deliberately just a little bit off. People question the hue, and our answer is: "it's the right color." It reminds me of what Frank Lloyd Wright said to a client about a color decision; "You'll learn to like it," [laughing].

David: The inside is clad in meticulously cut American walnut; each piece has its own unique shape. The two seats are covered in green mohair velvet. A classic 1960's Italian wall sconce and a cut crystal Czechoslovakian decanter and glass set are the only ornaments within. Finally, there is a two-way mirror, which permits a view outside but only the faintest glimpse of the interior when the sconce is on.Chris: The wall sconce is somewhat reminiscent of a brooch that a fashionable lady from the 1960s might have worn. It reminds me of the jewelry show we saw in London. The result is a subdued world, a place you can share secrets or gossip, and to feel close to another person. We love it.

Q: So, what is the experience?

Chris: People ask us, "What does it do?" The answer is, "Nothing." It's what you do when you're inside that defines the function of the Whisper Raum. It's like a telephone booth for a private conversation, only that the other person is there, with you.

David: In this ultra-tech era, one might expect hidden speakers inside, or a plug-in to the internet. But we didn't want that; in fact, it's just the opposite. Take a moment… retreat, relax, contemplate, but at the same time enjoy a bit of whimsy. 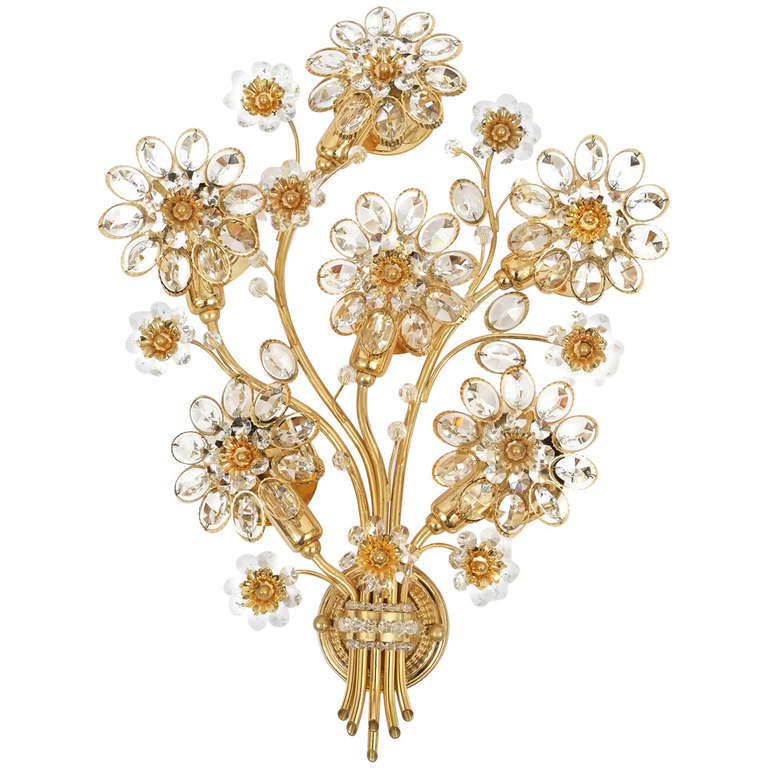